global-params-dmp The Antarctica Experiment: The Longest Day Ever

The Antarctica Experiment: The Longest Day Ever 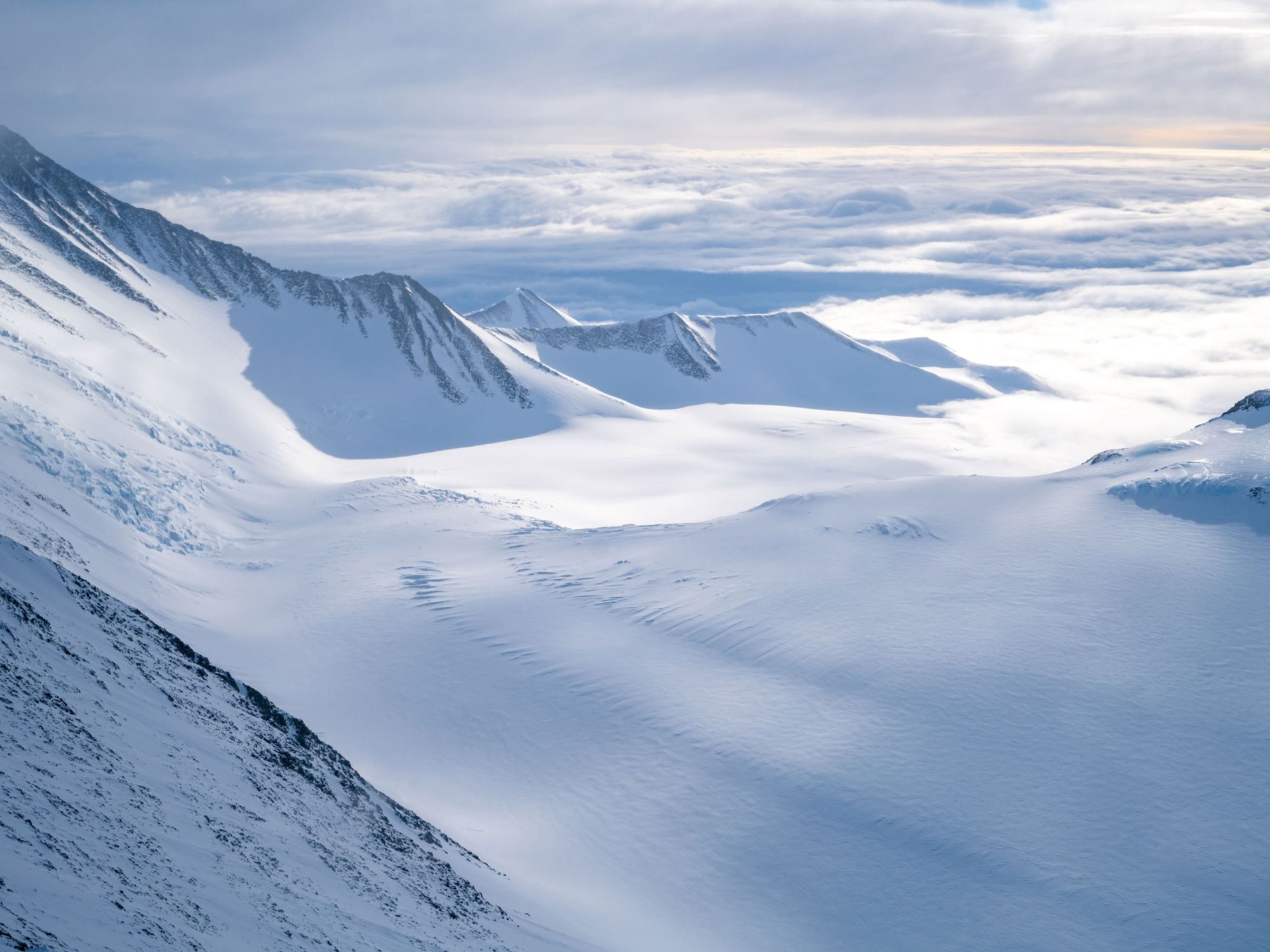 During the Austral summer in the southern hemisphere—the opposite of our summer months—the sun comes up and doesn’t set again for months. It’s 24 hours of daylight, and not even a dusk-like daylight, we’re talking broad daylight. When I arrived at Union Glacier around 1 a.m. on December 21st, 2019 (the same day as the summer solstice), I was on track for the longest day of my life, in more ways than one.

If It Can Go Wrong…

It seemed like Murphy’s Law was in effect even before I set foot on Antarctica. My giant duffel bags packed with all my polar gear didn’t arrive with me in Chile, showing up only 20 minutes before we loaded in for our flight across the Drake Passage. This was purely fortune, since our flight across had been indefinitely postponed by the Chilean aviation authorities, delaying our departure by two days. I waited anxiously in Punta Arenas, both for my bags to arrive and to find out if we could even get to the frozen continent. A couple of weeks earlier, a similar flight had disappeared en route, and was later discovered to have crashed into the ocean, leaving no survivors. From the onset, the trip had an ominous feel to it. Nonetheless, I was relieved to hear that we were flying, and with only 2 hours to prepare for departure, even more relieved when my bags showed up in the hotel lobby just as I was checking out. I hoped this was the turning point in the voyage, and my luck would improve from here on out.

Being delayed 2 days had put a squeeze on my ambitious itinerary—summiting Vinson Massif and Mount Sidley, after skiing to the South Pole—so from the minute I touched down, it was go time. I loaded my sled to haul my gear while skiing to the South Pole. What usually takes 8-10 days would have to happen in a week or less to stay on track for the other objectives. 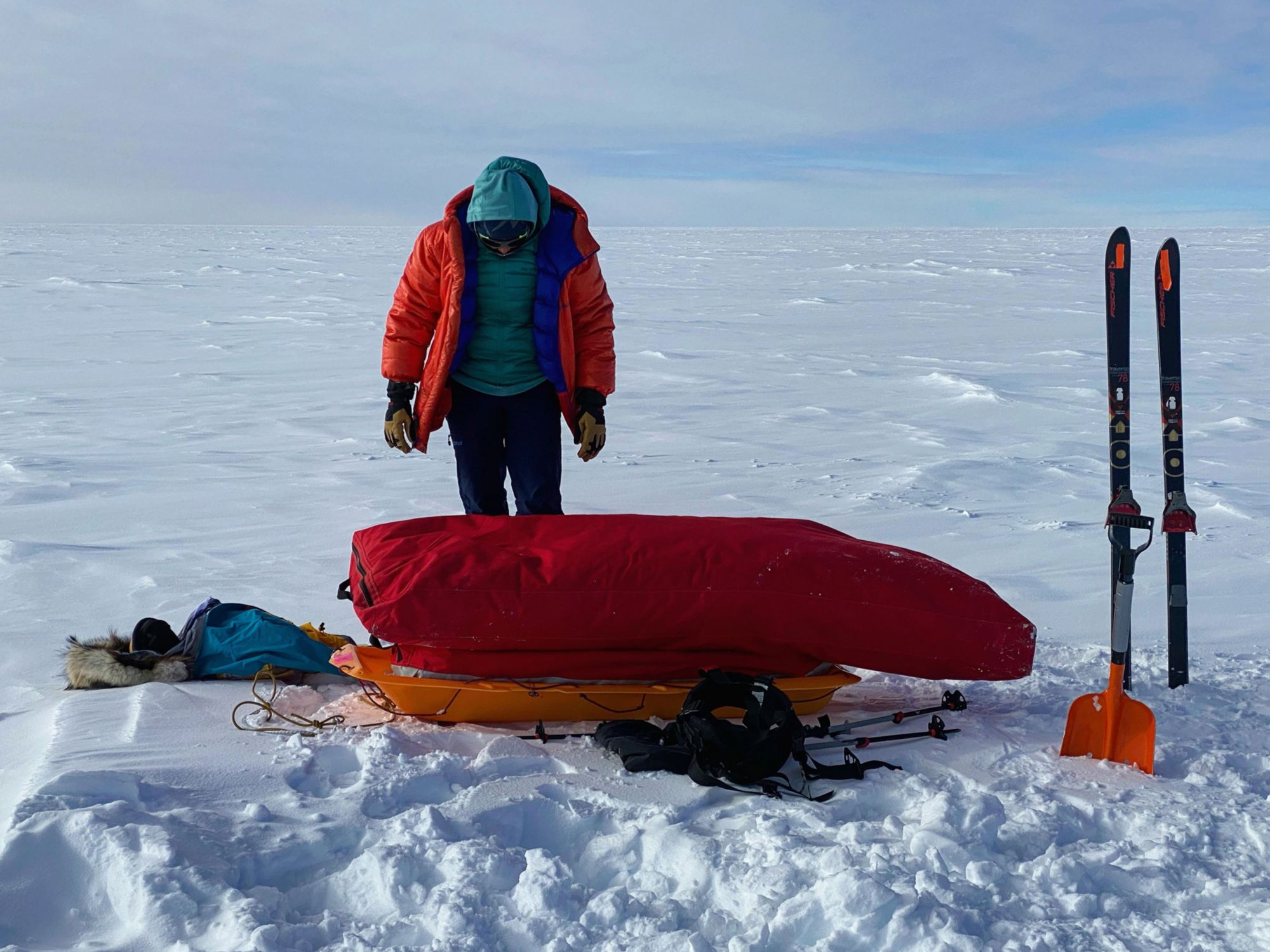 We began our ski to the South Pole 110 km from our drop-off point at 89 degrees south latitude, one degree from the end of the world. A DC-3 plane had ferried us into location and then flew back to Union Glacier, 500 miles away. We were left in the vast emptiness of the polar plateau, 9,000 feet above sea level.

Over the next several days we skied 10-14 hours daily, pulling our sleds over sastrugi (think frozen ocean waves), occasionally greeted by loud WHOOMPF-ing noises of the snowpack fracturing under our weight. I skied in silence, while others listened to music to pass the time. The horizon stretched infinitely all around us, the sun never dipping.

Temperatures hovered at -20 degrees C the first day or two, relatively warm for the polar plateau. We skied all day then set up camp in time to eat, sleep, rinse, and repeat. There were no animals, plants, or smells. It’s as remote as I’ve ever felt. Most days, every inch of skin needed to be covered to prevent cold injuries. The wind quickly became my arch nemesis.

I celebrated Christmas on the plateau with my new polar companions, complete with our very own mini Christmas tree and a surprise air-dropped Christmas present during our ski. Apparently, Santa services the South Pole. 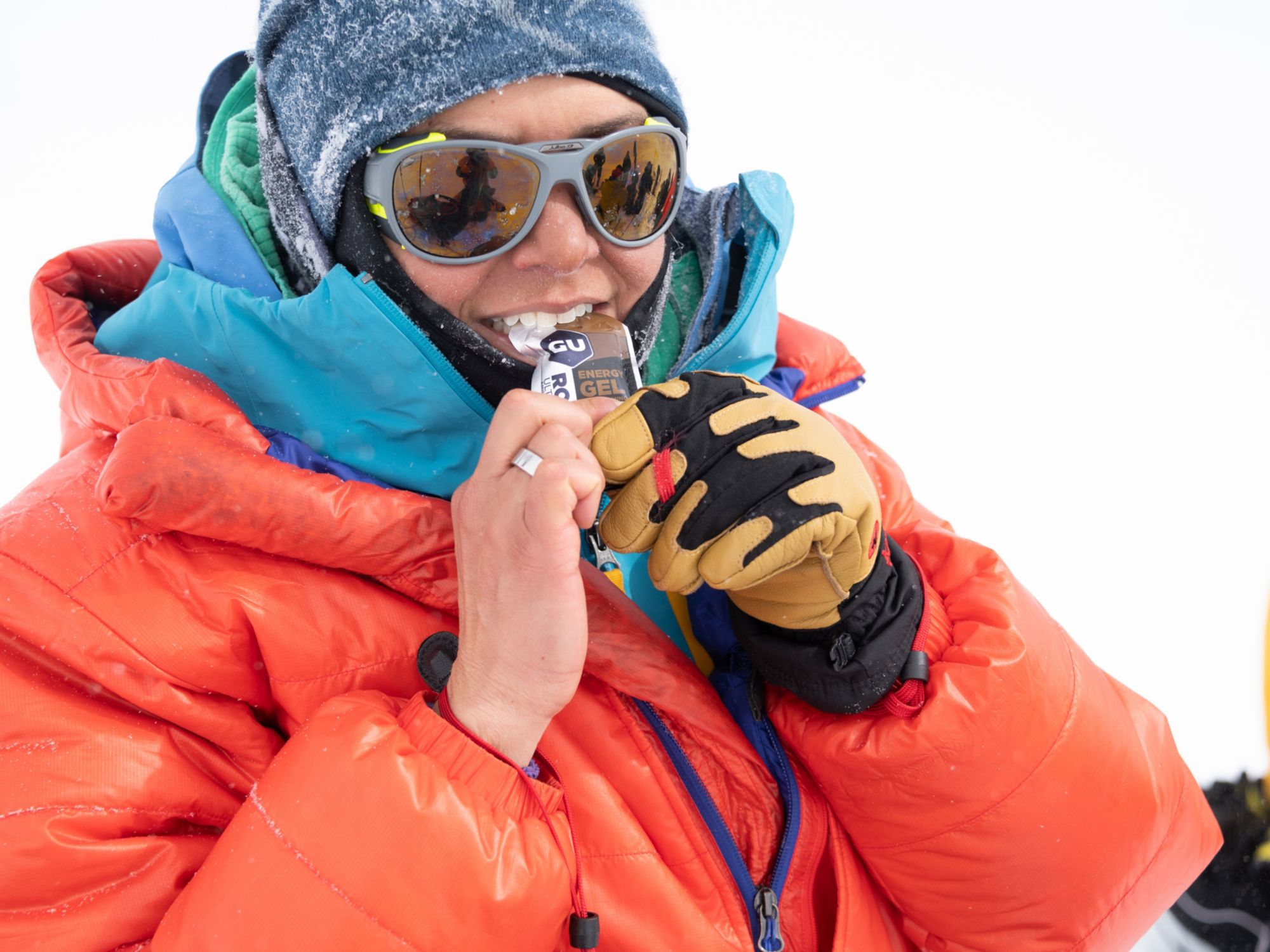 On day five, temperatures hit -40 degrees C with wind chill, by far the coldest I’ve ever felt. Stopping to eat or drink is unappealing when you have to fight to stay warm with constant motion. I have no photos from that day because 1) my phone froze, and 2) I couldn’t take my gloves off to take a photo if I wanted to anyway. At one point, we put up a temporary shelter and crammed in together to stay warm. 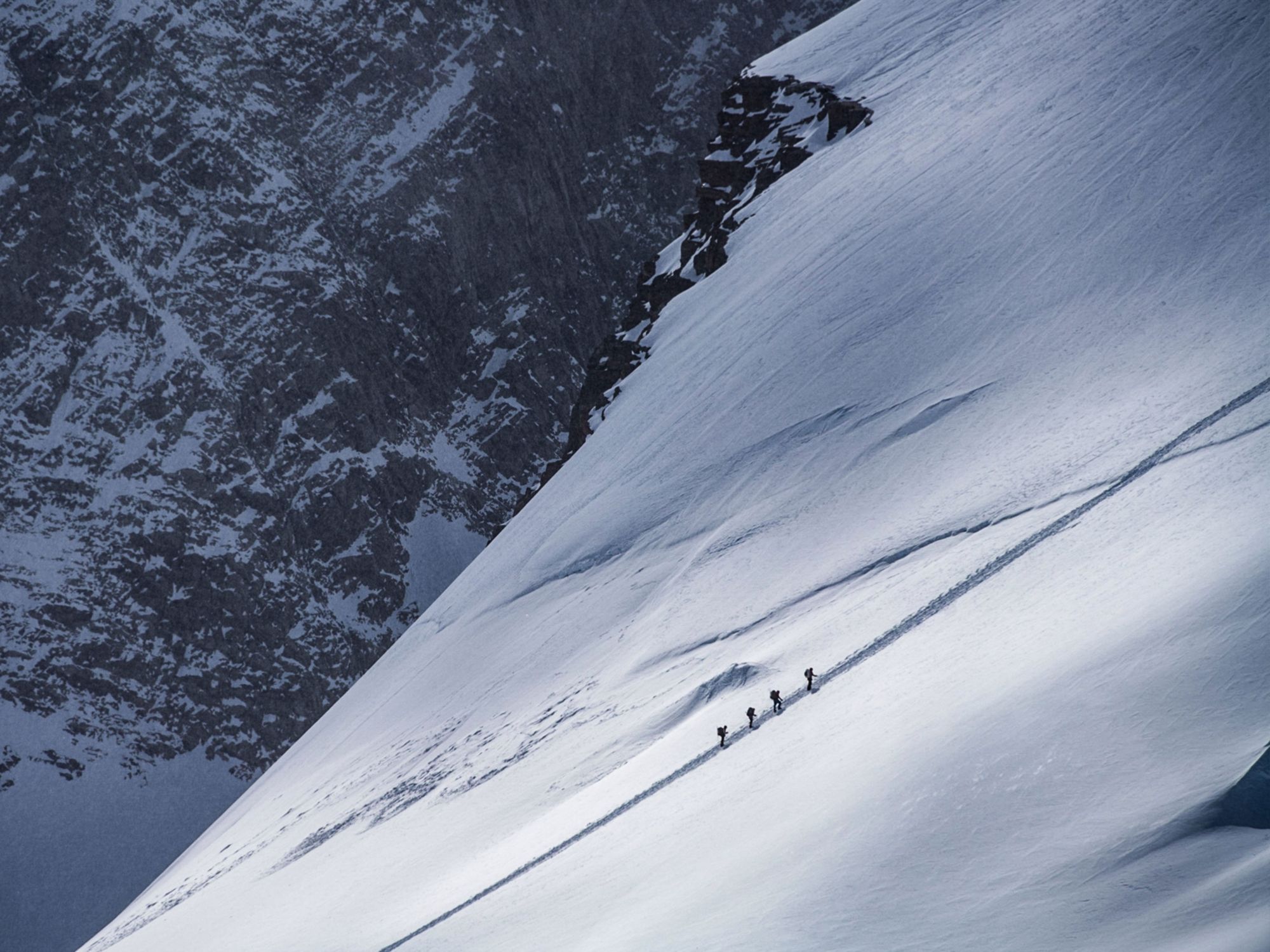 We reached the South Pole on our seventh day of skiing, after a grueling 14-hour push to get there in time for a flight back to Union Glacier. The toughest day mentally was the final day. You can see the Pole long before you arrive, but you don’t approach it directly, rather you make a hard left, ski around it a ways, then turn back toward the Amundsen-Scott research station. I brought my sled to a final stop shortly before midnight, where, much to my delight, non-dehydrated food and Fanta awaited us in camp. I had successfully completed the first objective of the trip.

Vinson Massif (4892 m | 16,050 ft) is Antarctica’s highest peak, and the last of the Seven Summits I had yet to climb. Six hours after arriving back at Union Glacier from the South Pole, I would turn around and fly out to Vinson base camp. While shuffling gear around in my duffels, my 8000-Meter boots, I realized 30 minutes before my flight, were missing their insulation liners. I felt a paralyzing sense of dread creep over me. It was truly a ‘do-not-pass-go’ situation. I quickly scrambled to borrow a pair of boot liners from a staff guide at Union Glacier. They weren’t a perfect fit, but close enough. I took the gamble.

I arrived at Vinson base camp just before the New Year, and spent New Year’s Eve with an international cohort of climbers and guides. We sipped champagne, shared communal snacks, and sang along to The Beatles classics with a live saxophone player. It was the best polar party ever. My climbing team included 9 other climbers from all over the world; I was the only female. We were lulled into a false sense of security with the first few days of pleasant weather, which would soon change as we made our way higher up the mountain. 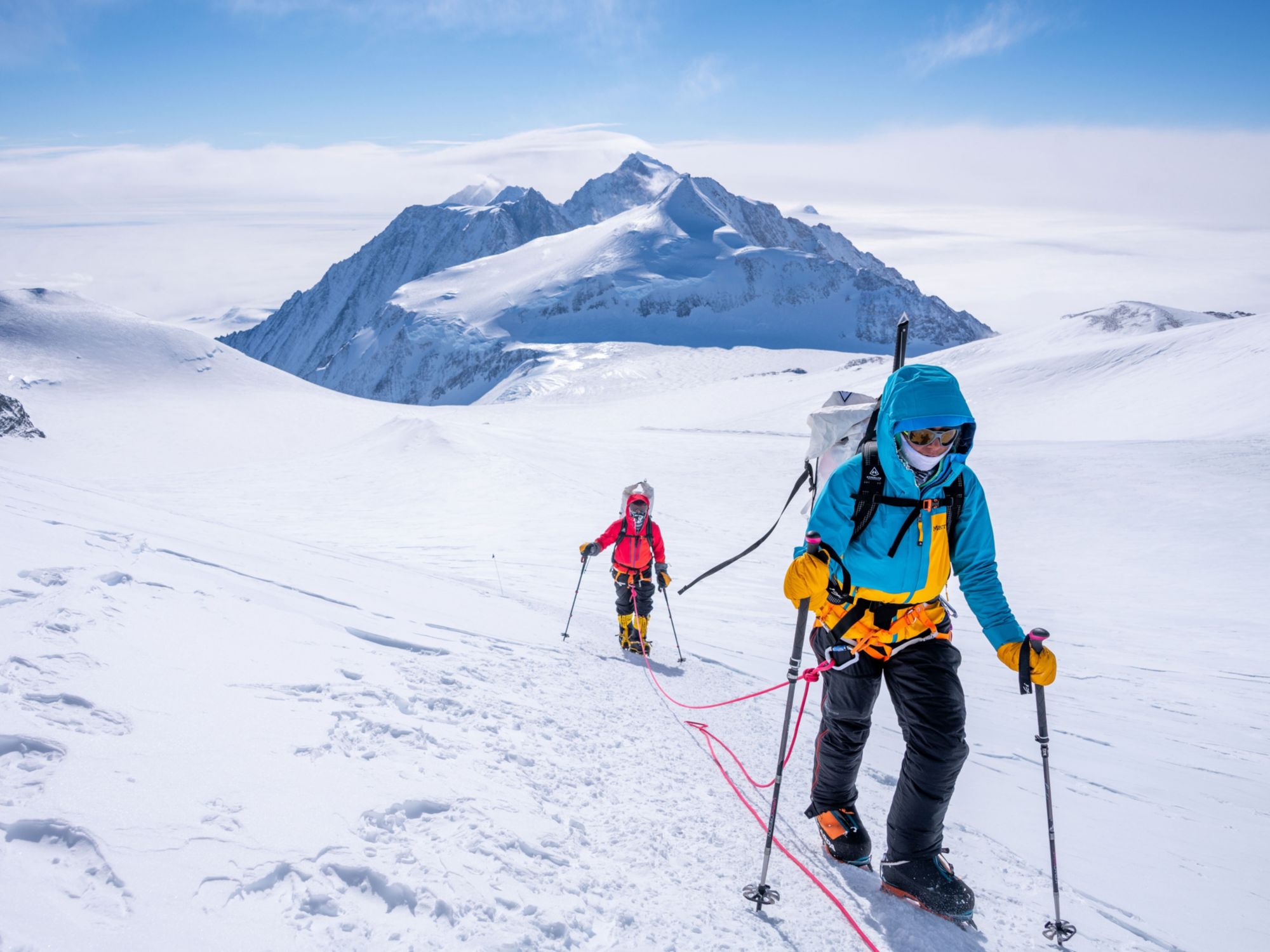 We ascended to high camp just as a massive storm system rolled in and took up residence over the mountain. Waiting anxiously at high camp, pinned down by bad weather, and unable to move up or down, as the summit seemed to slip further from reach each day. On a marginal day, we decided to try our luck. Photos don’t fully convey the nastiness that thwarted our first summit attempt. I couldn’t see my teammate ahead of me, or the rope connecting us more than a meter in front of my feet. The wind whipped furiously, threatening to freeze exposed cheeks, noses, and fingers. We turned back after battling bone-chilling winds and near-zero visibility for several hours. It was a tough call, but the right one ultimately. Multiple people on the team suffered frostbite regardless.

Disheartening as it was, we retreated to camp and licked our wounds that night only to wake up and try again the very next morning. This time, we made it to the top. The weather window was short lived, and the storm came back with a vengeance as we made our way down from the summit to high camp. Pinned again for days, we ran out of food rations and hunkered down in our tents, only emerging to dig out of deep snow drifts or empty our pee bottles. The howling, incessant wind was hard to deal with after a while. I’ll admit, it got to me psychologically. I tried not to eat or drink, not only because I was out of food, but also because going to the bathroom outside was a risk I didn’t want to take. For the most part, I slept in order to conserve energy. 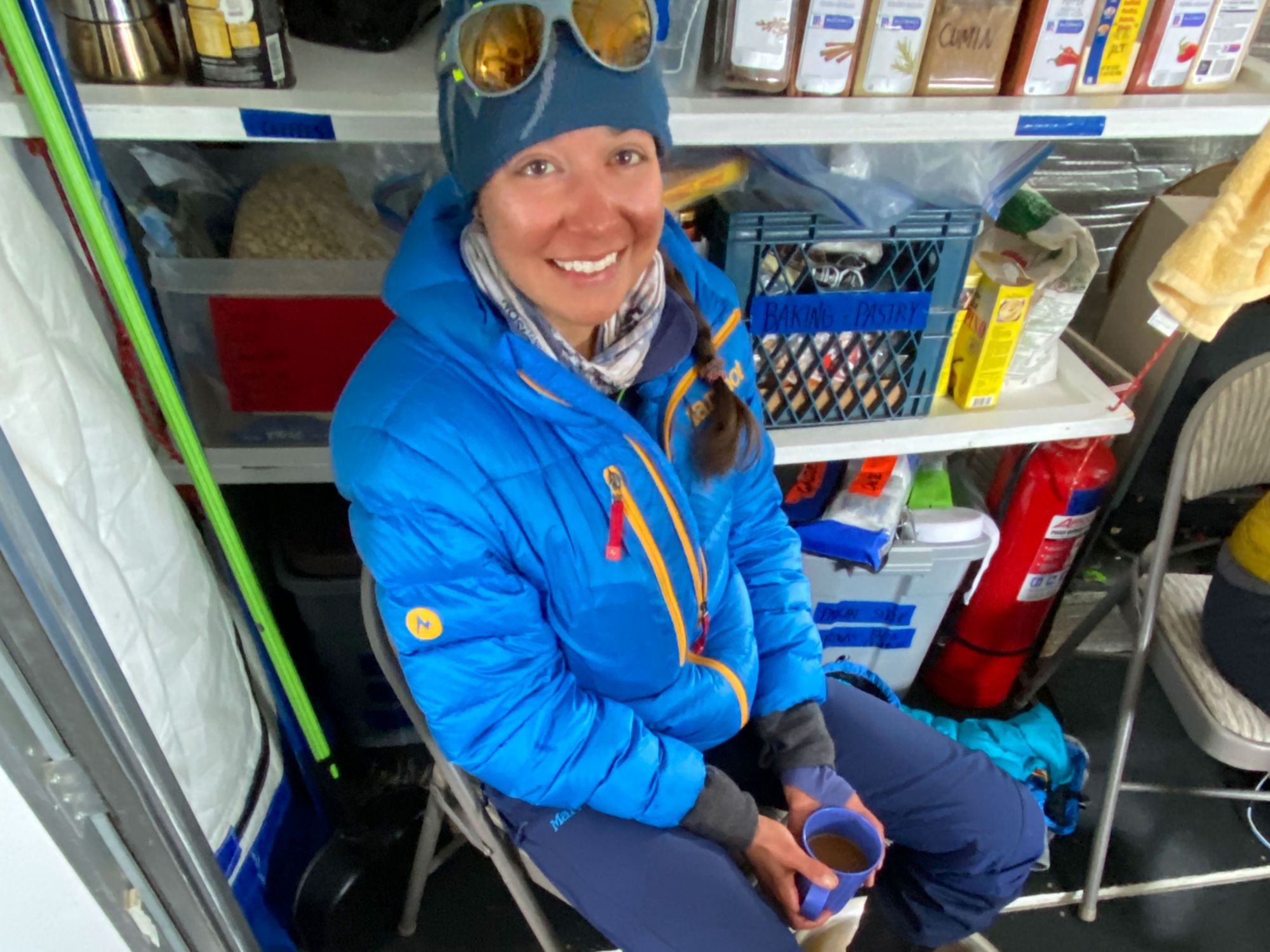 Our time on Vinson ended up being double—15 days instead of 7—what we anticipated. Energy depleted, dehydrated, and worn out from 2 summit attempts, I made my way down the fixed lines to base camp without feeling my feet most of the way. The next morning, I awoke to a throbbing sensation in my toes, and discovered I had discolored spots on multiple digits. The camp medical staff confirmed it was frostbite and treated both feet. Knowing I still had another high peak to climb in the coming days, I worried about making things worse. Was the final summit worth risking my toes?

After 15 days on Vinson, many of those spent waiting out storms and whiteout conditions, I was relieved to hear the approaching buzz of a Twin Otter plane, which whisked us back to Union Glacier Camp. We had only a few hours to celebrate our return, however. That night, most of the other climbers departed back to Punta Arenas. Camp became eerily quiet. A handful of us remained, one final group heading to climb Mount Sidley.

Six hundred miles from Union Glacier and one of the most remote peaks on the planet, Sidley is Antarctica’s highest volcano, summited by fewer than 50 people in history. Climbing one of the world’s most remote peaks has some unique perks. A dedicated plane and crew to hang out at base camp (which happens to be wherever you can safely land on the surrounding terrain) is one of them. The DC-3 crew fly down from Canada each season to run routes on Antarctica. For this trip, it’s too far and too risky for them to leave and return to base while we climb, so they hung out with us the entire expedition, keeping a watchful eye from below as we made our summit bid. I must say, they made the trip much more entertaining, especially while we waited planeside 5 days for a weather window. This time, I had packed plenty of extra food to get by.

Summiting Mt. Sidley was a stark contrast to the experience on Vinson. It was a clear, sunny day, with barely a breath of wind. At just above 14,000 feet, I stood triumphantly with my climbing partners at the top of my third and final objective. I was both ecstatic and relieved. The dream had become reality.

Two days later, I boarded a plane back to Punta Arenas. After 30 days on the ice, I would finally see nighttime, use a flush toilet, and sleep in a bed. It had been the longest, coldest month of my life. 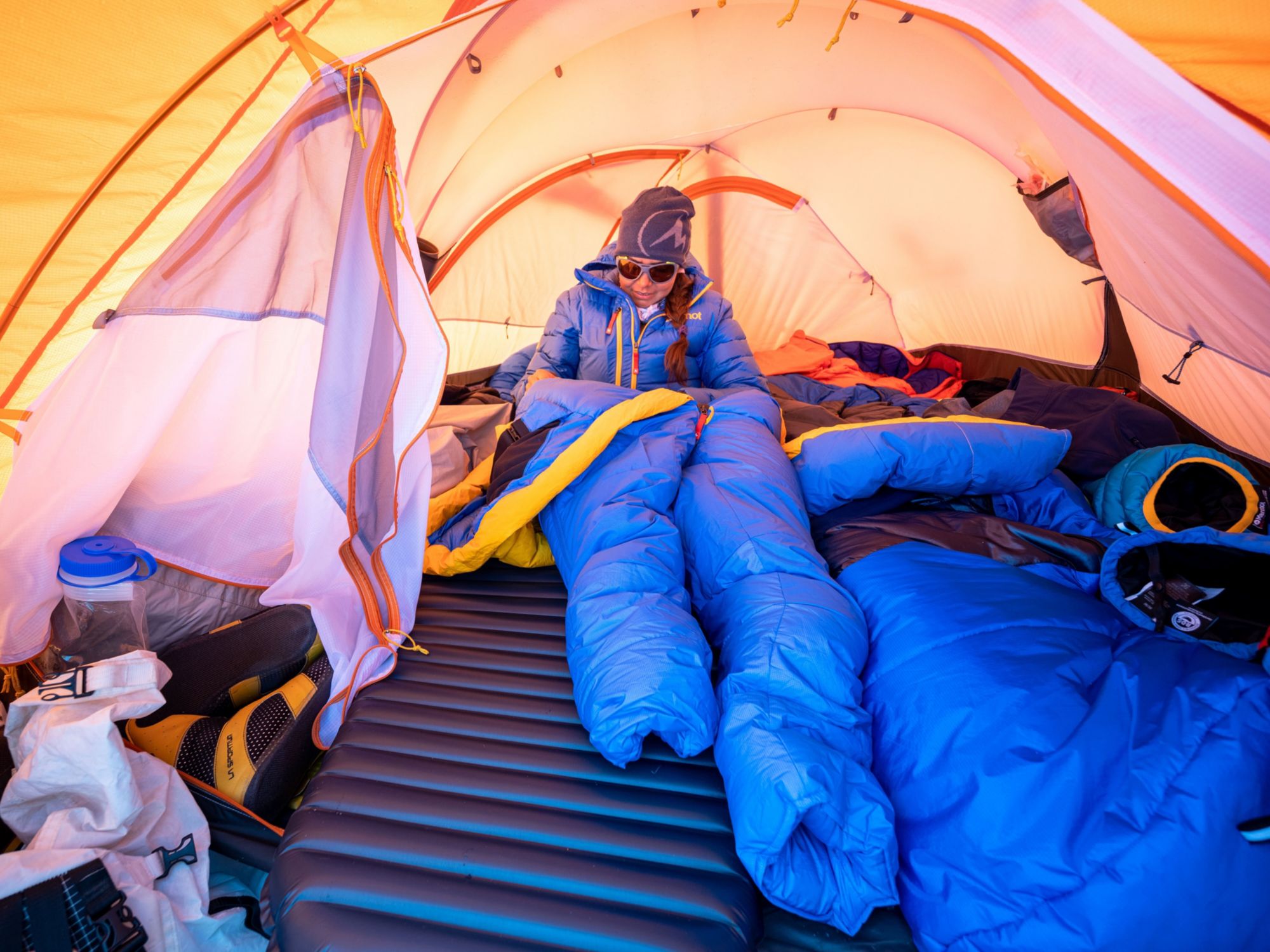 Some days, Antarctica could be downright lovely. I liked to imagine I was on an endless white sand beach, minus the ocean. One of the few places where you can get a sunburn and frostbite on consecutive days, I might as well have been on the moon.

Climbing Vinson marked the last of the Seven Summits for me. It signified the end of quest that brought me to every continent and motivated me for the better part of a decade. In hindsight, I was incredibly fortunate to have made it to Antarctica before the pandemic struck and put everyone’s lives on hold.

But the end it is not. I will continue to adventure, discover, and dream big. Besides, the journey is far from over. I still have heaps of data to decipher and share with the world. Hopefully, it will add new insights into female physiology and adaptability to extreme environmental challenges. And, on a much broader level, I hope that someday my work will pave the way for a future generation of female scientists and explorers to follow their passion to the furthest reaches of the Earth.